Not a bad year for me personally, I know I’m very lucky, but 2021 is probably not a year I’d choose to repeat. I’m very grateful for the scientists in the world who didn’t hate biology (like me) and ended up developing a life-saving vaccine to save so many lives. And while it’s not (and probably never will be) eradicated, has let me do many simple things, like go to the grocery store and continue to work without worrying about my health.

So, how did I do based on my resoultions from last year? Not so great. Sometime around March, I did decide to make an actual effort to lose some weight. And that’s been a success. I’m still down around 15 pounds from when I started. The most I lost was 20, but I gained back a few of them, but overall I’m happy with the progress. I think losing the next 10-15 is going to require a much more concerted effort from me. So that’s something to take on next year.

At some point, I wanted to get more organized. And I can say that’s pretty much been a complete failure. The picture below shows the state of my electronics bench from a couple of days ago and it’s still a huge mess. 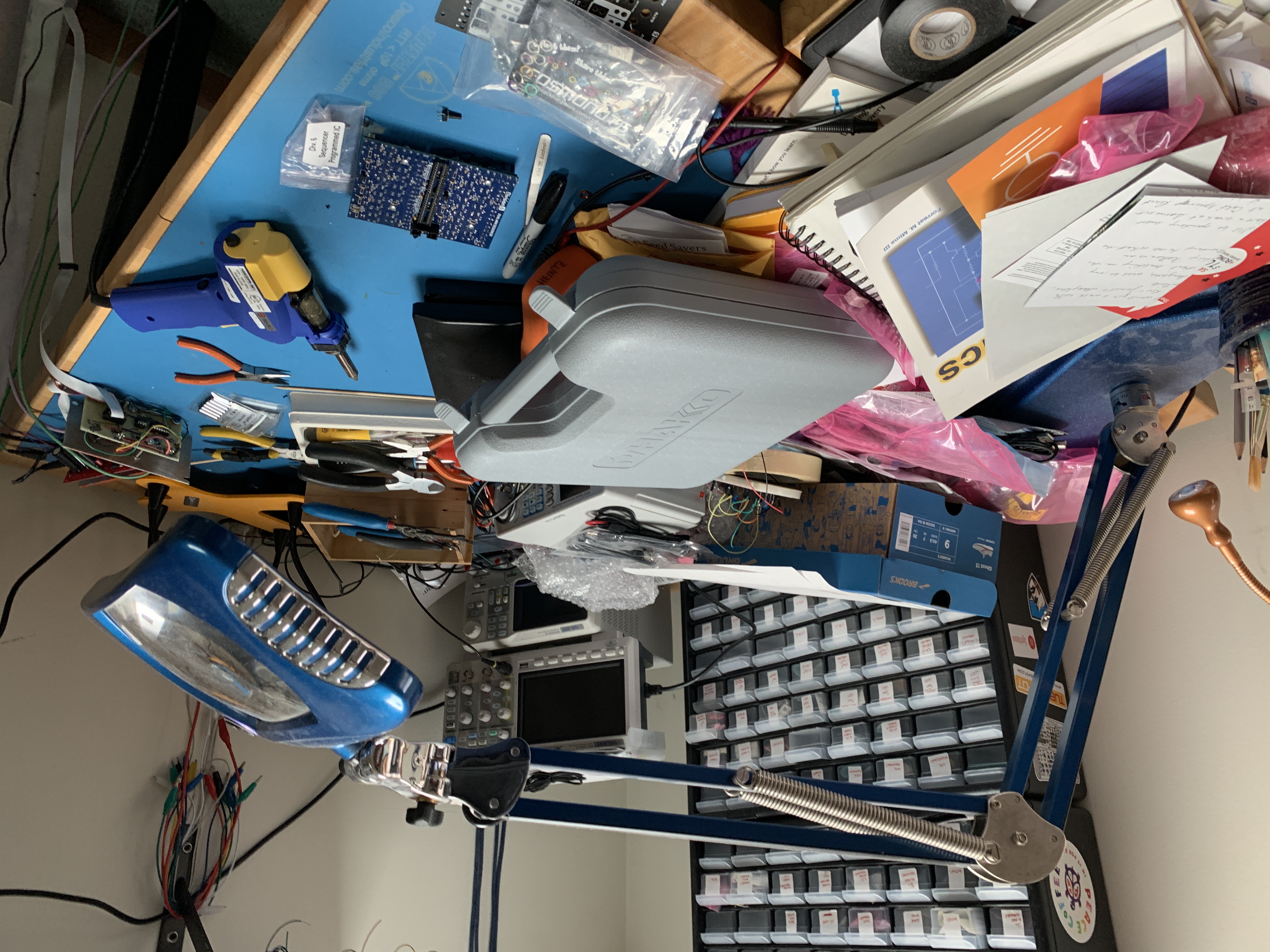 I also wanted to do a daily walk. And while I didn’t go every single day, I have been taking a lot more walks. So I’m happy about that.

Something that I hadn’t planned, but that did happen this year was go get solar panels put on my house. I don’t even remember when I started looking at doing it, but I know I contacted the company in June and a couple of weeks ago everything was finished. I’m still waiting to get my first electric bill with how much I’ve saved. Though, since we are at the shortest days of the year with the sun lowest in the sky, this should be the time when I generate the least amount of electricity. I think it’s been ‘on’ for about a month now and checking the app on my phone says I’ve generated 113kWh over it’s lifetime. At $.07/kWh, that’s $7.91 so far, which is nothing, considering it cost $20,000 to have them installed. But we’ll see how things go over the next year. I’m optimistic that it’ll generate a decent amount of electricity.

The other big news is that my roommates moved out. They finally got their own apartment, which I think was a smart move for them. They also had a baby, so I don’t need to listen to it cry in the middle of the night. I sometimes miss having them around, but they weren’t going to live here forever, so it’s good they left. The chickens are still here for now. They aren’t much trouble, so I don’t mind. The house is definitely much quieter now, which I’m enjoying.

Overall, because of the pandemic, it was a quiet year. I couldn’t really travel anywhere, so it was just stay at home and go to work. I am learning quite a bit of things here. I think I’m getting better at woodworking and making some nicer things. I also think I’m understanding a bit more about electronics, though I still have a very high mountain to climb to be able to design anything. But I’ll keep working at both of those things to hopefully continue to improve.