Last year I ordered a bunch of geranium seeds. I wanted to try to grow them from seed because they can be a little expensive if you buy a lot of them. But I like them and they generally grow pretty well here. I read that they take a long time to grow to the size that you’d buy at the store. So you should start them in January and I did.

I started them on January 2nd and put them on two heat mats that I had purchased a few months ago. I was told that they take a long time to sprout, so I waited. On January 29th, I still had no sprouts and I realized that I was doing something wrong. My guess is that I wasn’t keeping the soil moist enough. I bought some trays like you’d put by the door for boots in the winter, simply because that was easily available. I put the two trays of seeds on those trays and kept them filled with water, which got pulled up into the containers where I planted the seeds. I then covered the trays with saran wrap to try to keep everything moist. On the same trip where I bought the boot trays, I also bought an actual seed starting kit and put the seeds that I had left in that, along with some other flower seeds I had lying around. That did it. The seeds sprouted by February 2nd.

However, what I found interesting is that I planted the seeds in three different sized containers. I didn’t really have a plan, I just used containers that I had around. Some were in 4” pots, some in 2” pots and the seed starting kit was like a 1” diameter. Without question, the seeds started best in the smallest containers and worst in the largest. I had read somewhere that geraniums preferred smaller containers for sprouting, but I didn’t really think anything of it. I was just going to use what I had. But this was so clear to me how much better the seed starting kit was. Below are some pictures showing the different containers and how many seeds sprouted. Aside from starting peppers and tomatoes from seed, this is the first time that I tried to start a lot of a different plant. I’ll have to look into getting another seed starting kit because it just worked so well. 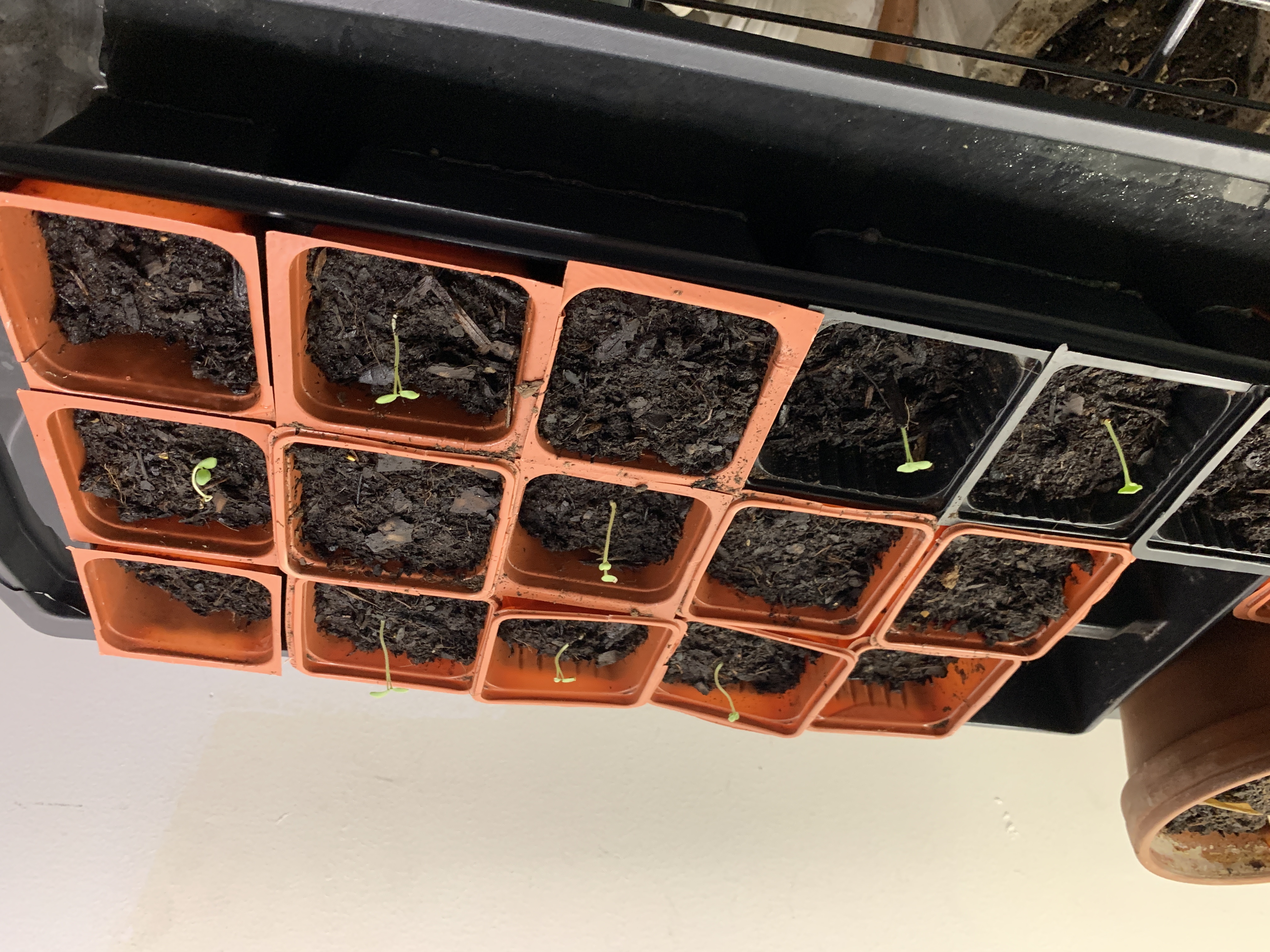 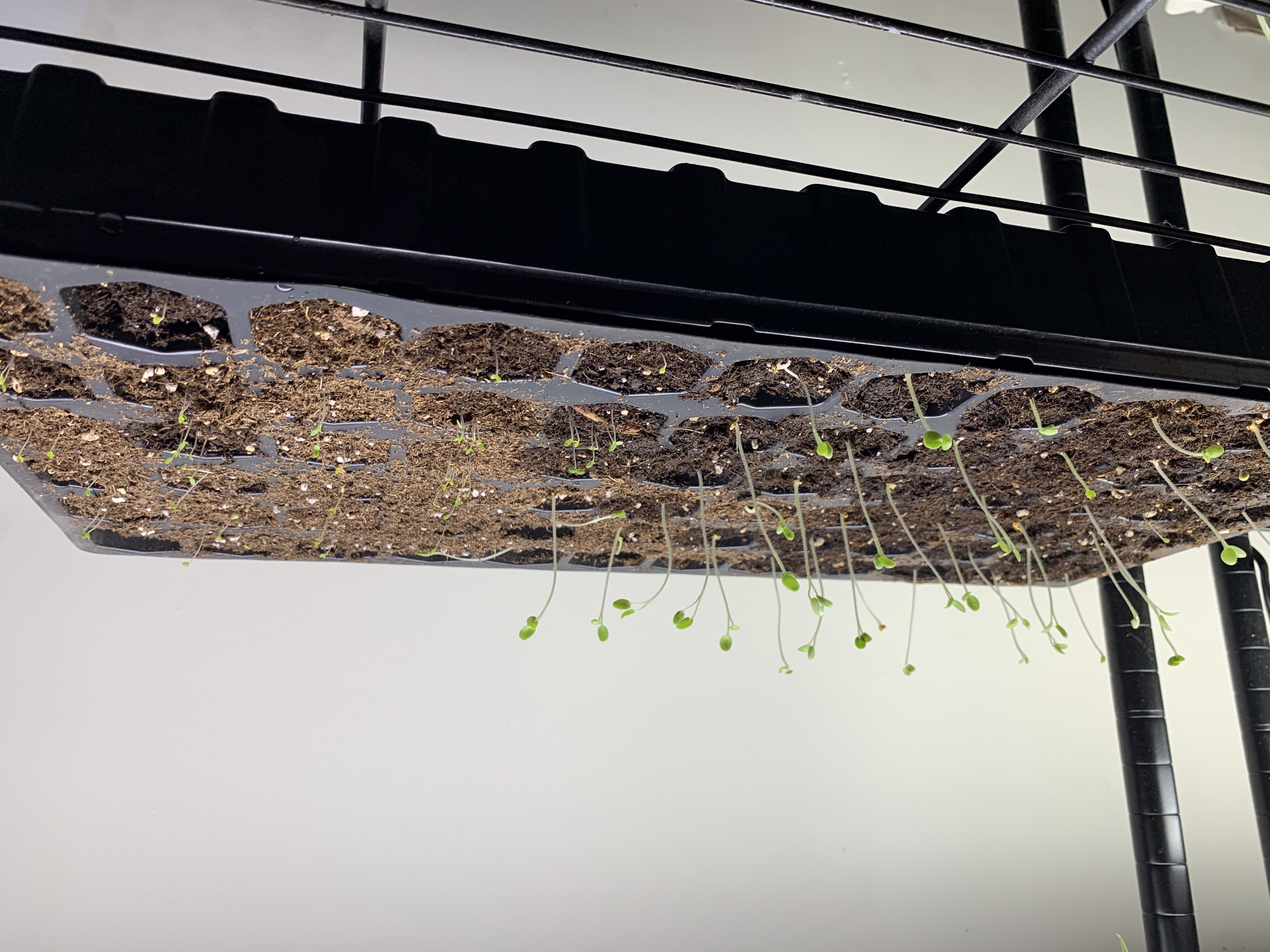